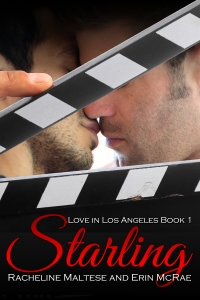 One of Alex’s first struggles as a newly-discovered star is finding a “team”  — agent, publicist, lawyer, etc — that can help him manage his career, handle his rapidly changing circumstances, and don’t represent a conflict of interest with the teams of any of his new coworkers.

His manager, Margaret, quickly becomes his go-to for just about everything, including a lot of stuff that’s not exactly in her job description. Even if all she does is tell him, “No, that’s really your accountant’s problem, not mine.” And occasionally “Please dear god do not tell me that ever,” when Alex is working through issues of a more personal nature.

Margaret is an L.A. native, and that may be exactly why she has never wanted fame, which is no disrespect to the people she deals with in production and casting and management who did and then wised up and decided to do something else.  She’s just glad she skipped over the waste of time that is chasing that particular terrible dream.

We’re just not quite sure she ever expected a client quite like Alex. Like Gemma, she’s appalled at how much he doesn’t know about civilian life (much less industry life) to start, but at least Alex isn’t an asshole — usually.

Margaret loves making things tick and is very, very good at it. She also loves being the only person in the room who isn’t yelling, especially when she’s the only person who should be.

In many ways, Alex is as much Margaret’s creation as Victor’s.