Catch up: Romance @ Random, a 20% off sale, Starling teasers, and some new story news

Posted on August 1, 2014 by Racheline Maltese

There aren’t really words for how busy things are right now.  We’re in various stages of edits for three different novels, and we’ve started a fourth.  And of course, we’re deep, deep into the planning for Starling‘s release next month.

Since there’s a lot going on, here’s a round up on some things you may have missed, or things we missed telling you.

Torquere Press is having a 20% off sale on everything in the store now through Monday with the code  hapaug2014. Haven’t grabbed “Lake Effect” yet?  Now’s a good time! 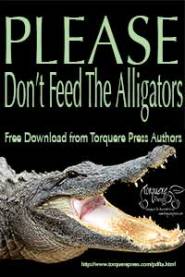 You may have noticed a new cover on the banner for this site.  Torquere Press’s Please Don’t Feed the Alligators anthology will be available for FREE download from Torquere and All Romance on August 4.  It contains over twenty 500 – 1,000 word stories, including one from us featuring the two main protagonists of Starling.

“Bad Idea Alligators” is, however, technically a spoiler, as it’s set between Starling (available September 10, 2014) and Doves (available January 21, 2015).  We’ll post detailed download links when it’s live and give you some more information to help you decide whether to read the story now or later.

Racheline has Photoshop and she’s not afraid to use it.

Actually, she has an awesome Photoshop clone called Pixelmator, and she’s been making these promo cards for Starling featuring quotes from the novel.

These ones feature her photographs of L.A. 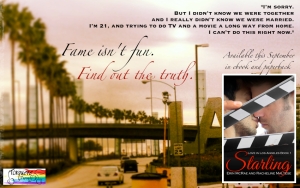 Erin hasn’t been there yet, so the last time she was out there, she systematically documented locations in the series.

Future promo cards (keep an eye out) feature the book’s other locales: Washington DC (with photos from Erin) and New York City.

Racheline is still recapping True Blood for Romance@Random.  You can get her latest recap here.

We have several thing in the hopper of great news we can’t share with you yet as we wait on paperwork, but we expect to have a least one new announcement for you as soon as later today.  It’s about a story we first promo’ed on this blog, so stay tuned!