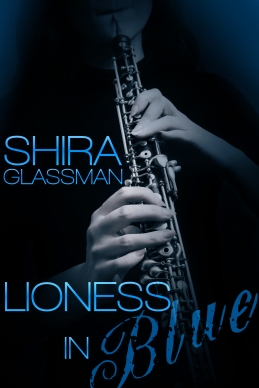 First Oboe Dan Cohen may be twice her age, but Second Oboe Lauren Stern isn’t about to let that stand in her way. She’s been fantasizing about the man beside her in the symphony, and this might just be the concert where she finally finds out what it’s like to feel the scruff of his salt-and-pepper goatee against her skin.

If people are going to make intrusive comments about how much older he is, they can get over themselves. Not only is Dan an expert lover who knows how to take care of a woman, but he doesn’t want her to be gentle–quite the opposite!

Lauren’s mouth exploded into a firework of a smile. “It’s ‘you’re a really cool guy.'” A giggle escaped, at the cleverness and elegance of his question.

Dan grinned. “Good! You’re not so bad yourself.” He seemed to be absorbing the sight of her, and Lauren basked in the sunlight of his admiration. “I take it this means you’ll have dinner with me between tomorrow’s rehearsals? Lunch–dinner–linner?”

“Yeah, that’d be great!” The world around Lauren seemed to be humming in concordance, the air in tune with the ground. Her body felt fluid and graceful as if she were suspended in water.

Lauren rolled her eyes at herself and snorted a little. “Someone misread my face earlier and got the wrong idea, so I wanted to make sure you got the right idea in case she talked to you later.”

Dan nodded. “Oh, okay, that makes a little more sense. I thought — well, you caught me off guard. For a moment there I thought you’d pulled me off somewhere quiet because you couldn’t make it through rehearsal without kissing me.”

He drew her near with a guiding hand on her upper arm, and her pounding heart poured fire between her legs. “Hell, if we can’t eat, we might as well, right?”

She’d never been this close to his face before, close enough to smell cedar on his skin. “You don’t want to know how many times I’ve thought about this.”

“Oh, yes, I do.” With his arms encircling her so that she rested safe within a cocoon of sturdy masculinity, he kissed her.

The world ground to a halt as she greedily took his kisses like dry summer earth drinks rain. His beard and mustache brushed her face in comforting accompaniment, which was novel—her last two partners had been a man who shaved, and a woman. It enhanced the Dan-ness of the act, somehow, like his facial hair created a whole new way to be kissed.

Shira Glassman is a bisexual Jew (or possibly twelve tiny bisexual Jews in a trench coat) living in Florida with an activist and a Very Bad Cat. She has played violin, both classically and Appalachian/Irish folk, for thirty years as of the publication of this book. The oboe players in her life are still speaking to her—for now.