Posted on August 6, 2015 by Racheline Maltese 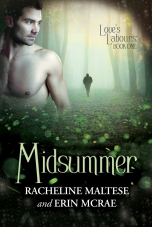 Dreamspinner Press is having a 35% off sale on all contemporary titles in its store August 5 – 9, which means you can get Midsummer (Love’s Labours 1) for $2.59 vs. the usual $3.99 and pre-order Twelfth Night (Love’s Labours 2 – out August 12) for the same low price. We strongly suspect this is the largest discount that will ever be available on these ebooks.

Lush, funny, magical, and a little bit morbid, the Love’s Labours series chronicles a romance between two actors who meet during a summerstock production of A Midsummer Night’s Dream. Sure, 42-year-old John Lyonel has never been attracted 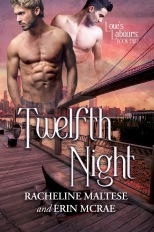 to men before, but falling for 25-year-old Michael Hilliard is actually the least screwed up thing that’s happened to him in years. Even if sometimes he thinks Michael’s a changeling.

“A lushly worded book, filled with romance and characters that leap from the page. One of the best M/M reads of the year so far!”