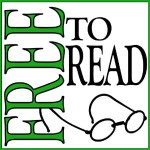 Originally published in our September 2015 newsletter

“How many days have you been on my couch now?” Victor asks, without looking up from the script he’s in the process of destroying — actually destroying — with a pencil. He’s not making notes, he’s punching the point through as many pages as he can at a time and ripping.

“You should probably spend your unexpected time off somewhere other than my couch.”

“You’re still paying me,” Paul says, shifting himself upright. If he’s going to use professionalism as an excuse for hanging around Victor’s house, he should probably look like has his shit at least slightly together.

“Mmmmmm. That’s an ethical choice. Not one that obligates you to be here while our hands are tied by the strike.” The pencil rips through more paper. “Why aren’t you on the picket line?”

Paul shrugs. He’s not even in the damn union yet. “Somebody’s got to write.”

It’s three weeks into the writers’ strike, with no sign of it ending anytime soon. When Paul moved out to L.A. a year ago and somehow got a gig as the legendary Victor Salcido Santillan’s writing assistant, he did not foresee this as a career trajectory. But as far as Paul is concerned, crashing on Victor’s couch while they both work on pilots for new shows that no one is paying them for is a far better use of his time than sitting home and being pathetic. Here, he’s at least being pathetic and productive. While Victor may be vicious in his anger at the television producers’ association in general and the studio execs who fired his writing and production assistants in particular, he’s not yelling at Paul. Just in his general vicinity. It’s not that bad, really.

Paul jumps when his phone rings, fumbling to answer.