Poly Yammery on The Hopeless Romantic 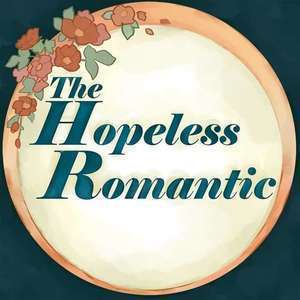 I recently recorded an episode of The Hopeless Romantic with Austin Chant and Amanda Jean focusing on polyamory in romance fiction. We cover a wide range of topics (see the blurb below) but particularly if you’re looking for info on our forthcoming novel The Art of Three with the 48-year-old heroine, there’s a ton on that in here. (TAo3 now has a contract offer, we’re just waiting for the paperwork to officially announce it, but assume early 2017.) There’s also a small bit of information on what’s next for Liam in book 4 of the Love in Los Angeles series.

Author Racheline Maltese joins THR for episode 9, “Poly Yammery,” to discuss poly and ménage romance. Racheline discusses her upcoming poly book, which leads to deeper examination of writing poly: writing multiple dynamic characters, whether having a co-author helps, how different people do poly differently, and how Racheline feels about the perception that writing bi characters as poly is a negative trope.

The group is bemused by the trend of M/F/M ménage stories where there can be absolutely no content construed as “gay.” Racheline weighs in on whether being poly is inherently queer, and ultimately the group agrees that demanding receipts for someone’s identity is icky.

Finally, it turns out that in order to discuss tropes in a genre, there has to be enough content in said genre for there to be tropes in the first place. Get writing, folks.

Get the episode here: https://thehopelessromantic.simplecast.fm/episodes/33716-episode-9-poly-yammery