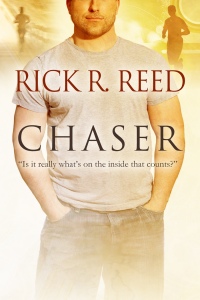 Bobby Nelson, who first appeared in my novel, Chaser, was probably one of my most hated characters (if you don’t count the serial killers and other monsters who populate some of my earlier work). He was self-centered, vain, duplicitous and he tried to steal his best friend’s boyfriend. Who could possibly like him?

Me. I liked him because I knew him and knew that underneath all that bad stuff beat the heart of a very lonely man, one who was so hungry for love and so blind to his own faults that the possibility of his ever finding real human connection (beyond the sexual) was well-nigh impossible. In one of Bobby’s first visits to a therapist in Raining Men, Bobby confesses: “I just wanted to be loved.”

More than any other character that I’ve written, Bobby called out to me, demanding that his story be written. See, Bobby wasn’t a villain, not really. At heart, he was, like most of us, a damaged soul who needed some healing and self-realization before he could get what he sought—love. I seldom write sequels, but Bobby’s story kept crying out to me, just so I could convince readers that a despicable character could be redeemed, that a character you might actually hate in one book, you could come to love in another. From reader comments and reviews so far, I think I succeeded.

I had a chance to talk with Bobby just the other day. Here’s what he had to say.

Rick: So Bobby, how did you like Raining Men? Did you feel it portrayed you accurately?

Bobby: Yeah, I guess it did. But man, did you have to go into so much detail about the nasty stuff I got up to in places like bathhouses? I mean, come on, that shit is embarrassing!

Rick: Yes, Bobby, I kind of did have to go into that stuff because, in order to show your redemption, I had to show you hitting bottom. I think I also showed you eventually came to understand why you engaged in so much meaningless and sometimes even degrading sex—and rose above it.

Bobby: That’s the good part. But the best part was meeting [Bobby’s response deleted to avoid spoilers]. He changed my life, you know? He really got me.

Bobby: You got that right. I spent way too many years singing that country western song, “Looking for Love in All the Wrong Places.”

Rick: You did indeed. But you know now that it wasn’t just about the places, but about who you were when you were looking?

Rick: You know, I did write about you hitting bottom, especially one scene in particular where you take on all comers (as it were) at a local bathhouse, but I put it in juxtaposition to someone very special coming into your life that day, a little fella who maybe was the beginning to you healing and learning how to love.

Bobby: Was that a question?

Rick: Okay! How is Johnny Wadd?

Bobby: You were talking about my so-ugly-he’s-cute Chihuahua that I rescued from behind a Dumpster. Johnny is doing well, but I’m doing even better, thanks to having him in my life to care for. It’s amazing how something that only weighs about 4 pounds can have such a HUGE impact on someone’s life.

Rick: Any parting message you’d like readers to take with them after reading your story in Raining Men?

Bobby: Oh yes—that happy-ever-afters are entirely possible. If a reformed reprobate and slut like me can find true happiness and a soul mate, anyone can.

It’s been raining men for most of Bobby Nelson’s adult life. Normally, he wouldn’t have it any other way, but lately something’s missing. Now, he wants the deluge to slow to a single special drop. But is it even possible for Bobby to find “the one” after endless years of hooking up?

When Bobby’s father passes away, Bobby finally examines his rocky relationship with the man and how it might have contributed to his inability to find the love he yearns for. Guided by a sexy therapist, a Sex Addicts Anonymous group, a well-endowed Chihuahua named Johnny Wadd, and Bobby’s own cache of memories, Bobby takes a spiritual, sexual, and emotional journey to discover that life’s most satisfactory love connections lie in quality, not quantity. And when he’s ready to love not only himself but someone else, sex and love fit, at last, into one perfect package.

Rick R. Reed is all about exploring the romantic entanglements of gay men in contemporary, realistic settings. While his stories often contain elements of suspense, mystery and the paranormal, his focus ultimately returns to the power of love. He is the author of dozens of published novels, novellas, and short stories. He is a three-time EPIC eBook Award winner (for Caregiver, Orientation and The Blue Moon Cafe). Raining Men won the Rainbow Award for best gay contemporary general fiction in 2013. Lambda Literary Review has called him, “a writer that doesn’t disappoint.” Rick lives in Seattle with his husband and a very spoiled Boston terrier. He is forever “at work on another novel.”

Visit Rick’s website at http://www.rickrreed.com or follow his blog at http://rickrreedreality.blogspot.com/. You can also like Rick on Facebook at www.facebook.com/rickrreedbooks or on Twitter at www.twitter.com/rickrreed. Rick always enjoys hearing from readers and answers all e-mails personally. Send him a message at jimmyfels@gmail.com