As many of you know, the drama between Amazon and Hachette (among others) continues. We don’t want to tell people to buy or not buy at Amazon. There are pluses and minuses for authors, Amazon employees, and consumers. Just because a book is listed here and from Hachette, doesn’t mean it’s not available on Amazon, just that the Hachette/Amazon spat has put it at potential risk and we want to give those authors a little extra boost.

But after our last little featurette on Hachette authors, we heard from a few others, and we thought we’d share those books with you.  These are M/F romances, and while we write mainly LGBTQ romance here, we know readers are omnivorous and we’re not interested in isolating LGBTQ romance from the larger genre.

This time we’re starting with Kennedy Ryan’s When You Are Mine, which is launching a new series. 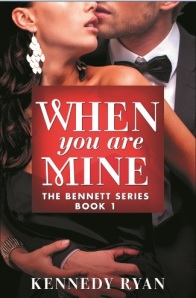 Kerris Moreton knows how to make things work. Bounced from foster home to foster home as a kid, she adapted; when opportunity arose, she thrived. Now, about to open her own business and accept a marriage proposal, Kerris is ready to build the life she’s always wanted. The only thing missing? A passionate connection with her would-be fiancé, Cam. Kerris wants to believe that sparks are overrated-until Walsh Bennett lights her up like the Fourth of July.

As one of the East Coast’s most eligible bachelors, Walsh enjoys financial independence, fulfilling work with his family’s nonprofit, and plenty of female attention. But lately he’s been distracted by the one woman he can’t have. Lovely to look at and even sweeter to know, Kerris is the soul mate Walsh never thought he would find. The problem is, his best friend found her first.

You can order When You Are Mine in paperback or e-book from Barnes & Nobles and other major retailers.

Meanwhile, this blog has been somewhat low on the supernatural, despite some works in progress involving vampires and demons and our ongoing hints about magical realism. But next up we have Angie Sandro, and she’s here to change that with Dark Paradise. 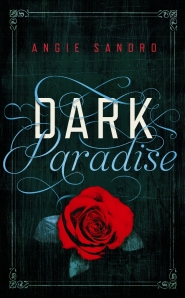 Mala LaCroix has spent her whole life trying to escape her destiny. As the last in a long line of “witch women,” she rejects the notion of spirits and hoodoo and instead does her best to blend in. But when she finds a dead body floating in the bayou behind her house, Mala taps into powers she never knew she had. She’s haunted by visions of the dead girl, demanding justice and vengeance.

Landry Prince has always had a crush on Mala, but when Mala discovers his sister, murdered and marked in some sort of Satanic ritual, he wonders if all the rumors about the LaCroix family are true. Yet after Mala uses her connection to the spirit world to identify his sister’s killer, he starts to form his own bond to her . . . a very physical one. As they move closer to each other and closer to the truth, Mala and Landry must risk everything—their families, their love, and even their lives.

You can order Dark Paradise from in e-book from Barnes & Noble and other major retailers.

Lia Riley also has a new release starting a new series.  Upside Down is in the New Adult category and takes place in Australia.  For those who don’t know, I studied in Sydney for a little bit, so this tickles me!

If You Never Get Lost, You’ll Never Be Found

Twenty-one-year-old Natalia Stolfi is saying good-bye to the past-and turning her life upside down with a trip to the land down under. For the next six months, she’ll act like a carefree exchange student, not a girl sinking under the weight of painful memories. Everything is going according to plan until she meets a brooding surfer with hypnotic green eyes and the troubling ability to see straight through her act.

Bran Lockhart is having the worst year on record. After the girl of his dreams turned into a nightmare, he moved back home to Melbourne to piece his life together. Yet no amount of disappointment could blind him to the pretty California girl who gets past all his defenses. He’s never wanted anyone the way he wants Talia. But when Bran gets a stark reminder of why he stopped believing in love, he and Talia must decide if what they have is once in a lifetime . . . of if they were meant to live a world apart.

You can order Upside Down from Barnes & Noble and other major retailers.